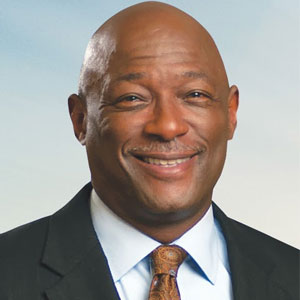 Much like the movie “The Right Stuff” focused on pilots who had the make-up to be successful astronauts, the right IT team will make or break any CIO. The right team also results in the success or failure of any IT project. Don’t pass that off as “obvious”. To a lot of people the best team means technically gifted, whiz kids (if that term still exits), super millennials who start developing killer apps in their playpen. However, it is not true and comes down to three key ingredients; problem solving, diversity, and persistence.

Someone once told me they found that the best IT people usually are tinkerers like mechanics, woodworkers, or musicians. Why—because they either like to create something, fix things, or both. A tinkerer is always challenging the norms. They are born problem solvers who aren’t afraid to ask “what if?” Tinkerers also make the wrong tool fit a given task or modify it accordingly. When the book fails, problem solvers begin. Behavioral interviewing is probably one of the best tools to find problem solvers. Don’t just focus it on the IT side, but the human side as well. Sometimes the greatest feats of problem solving have nothing to do with computer intellect.

The right IT team is also diverse. Once again—go past the obvious. Problem solvers come from any number of disciplines, not just computer science, MIS, engineering, software development, or any number of IT disciplines. They come from other majors too like accounting, economics, history, psychology, political science, etc. who find their way to the IT discipline. They have military backgrounds, they are liberals, conservatives, come from different socio-economic, racial, and ethnic backgrounds. And, believe it or not, they have the diversity of opinions on how to solve problems!

Any CIO reading this article can vouch that for every one IT success there are at least a half dozen IT setbacks. Setbacks due to executive indifference, lack of vision, or lack of the will to move forward. Overcoming business inertia, even in this modern era of quantum computing, is still a daunting task. Quantum computing hasn’t sped up the glacial rate that decisions are made—even for high performing companies. Nor has it eased the anxiety that goes into forming any IT budget. Even despite the economic evidence that technology has created unrivaled wealth and the ability to produce more with less, the business side of IT grinds on. Therein lies the third leg of the IT team trinity—persistence.

The right IT team will make or break any CIO and the right team results in the success or failure of any IT project. Don’t pass that off as “obvious”

Any of us would love to walk into a job that had unlimited budget, resources, and time to accomplish their IT mission. Although there may be some situations so critical to public safety or national security that demands that level of support—most of us are not working in those environments. Therefore, we must be persistent, and to a certain degree vigilant enough, to keep our nose to the grindstone to reach our ultimate IT objectives.

A good team isn’t built over night. In fact, there might be some trial and error. In other words a few bad hires along the journey. Be willing to accept that. Also, be willing to accept that you may see something in a collection of people that leads you believe they can be a strong team even though it’s not always visible on the surface, or to others. Parallels are often made to coaching and team building. I personally think it’s more like raising kids. You don’t know how your kids are going to turn out. There is no way to always judge their full talent or potential. You give them the tools and space and hope for the best. But above all, you practice patience. Much like with your kids it doesn’t mean accepting poor performance or unwillingness to make course corrections. It just means the long-term often outweighs the short-term.

Then there’s acknowledgement. Acknowledge the team above individuals or self. It’s easy to fall into the trap of self-aggrandizement as the team comes together, builds successes, and becomes recognized. Resist this at all costs. Always remember to let the team shine. This is one of the coaching parallels that is very accurate. How many times does a good coach or manager praise themselves above the team? Never! Everyone, I mean everyone, wants to be acknowledged for their efforts. This is especially true in an IT environment where people are often stratified by the level of support they provide. If you can subjugate that natural “tiering” to the success of the team, your team will truly perform at a high level.

Last, but not least is critical analysis. Again—think past the obvious. Critical team analysis doesn’t mean sitting around and analyzing the team. Yes, you want to manage performance, the quality of work, and make sure skills are keeping up with the technology, etc. But if a team isn’t performing to the level you expect, analyze yourself. Identify your weaknesses and blind spots and I bet you will see the same reflected in your team. Stepping back to my parenting analysis, there’s the saying the apple doesn’t fall far from the tree. Or from a coach’s perspective—a team takes on the character of its coach. Both apply to teambuilding.

But finally, how do you know if you have the “right” team. I would give you three more anecdotes but I’ll be succinct. First and foremost you should feel challenged each and every day to keep them motivated, on task, and enthusiastic about what they are doing. They are truly your life blood. Secondly, they should be allowed challenge your decisions respectfully, with a valid argument. And you have to be willing to move in a different direction if the argument is compelling enough.

I’ve had the privilege of working with some of the best IT professionals for the past 20 years. Most of us have been together for nearly 15 of those years. And yes, they’ve come from various disciplines, socio-economic backgrounds, political persuasions, racial, and ethnic cultures. We have successes and setbacks, disagreements about approaches and outcomes, and survived some bad hires.

How Cloud and AI Are Driving Forward Customer Engagement and Service...

For a Smarter City: Trust the Data, Ignore the Hype

Your website is the face of your company and is the most important...