DevOps Changes Everything: From Your Body to the Government

DevOps Changes Everything: From Your Body to the Government 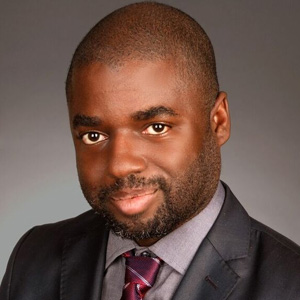 DevOps is not a new concept. In fact, a DevOps engineer is often thought of as the evolution of the old-school system administrator and/or a database administrator. Employees in those two positions have often played a huge part in streamlining development and deployment processes within organizations. Despite all of the excitement surrounding DevOps, let’s not forget that there have been DevOps engineers in the trenches for a lot longer than just recent history.

“Technology companies have typically be gun-shy when it comes to stepping into heavily regulated industries; but that’s changing every day”

Despite the history though, there are plenty of challenges yet to come in the world of DevOps. The Internet of Things (IoT) is already posing a challenge for DevOps. In response, companies like Electric Cloud have begun servicing that growing niche. There are hardware hackers working closely with software developers to automate the upgrade cycle for IoT devices.

IoT isn’t the only space where DevOps is becoming increasingly important. Electronic tattoos are here. As interesting as it is to have health monitors attached to your skin, what happens when your electronic tattoo needs to be updated? More than that, even though IoT is technically an industry focused on the hardware side of the business, a significant part of the expected growth in IoT is focused on the healthcare applications of the technology. All of these applications will require increasing amounts of efficiencies in release cycles and developer operations. The long term future of DevOps isn’t solely about software and hardware, it’s also about biology.

Imagine you are diabetic. The day is coming where the digital tattoo on your body will monitor your blood sugar level and communicate directly with the insulin pump attached to your hip to release the proper amount of insulin needed into your bloodstream any time throughout the day. If you’re diabetic, this is an incredible development. And it’s not just diabetes. There are other chronic health issues that could see equally incredible improvements due to the newer technology already on the market today.

Where does DevOps fit in? Currently, DevOps engineers manage the development and deployment processes for hardware and software applications. A few years from now, they’ll be managing that same thing for biomedical application such as the one described above. The process of managing the applications actually running on a human being’s body is not something that is currently widely discussed. Facebook releases updated versions of its mobile applications on a two week cycle. What happens when two week sprints are applied to a blood sugar monitoring tattoo that controls the medicine output for a diabetic? Suddenly the responsibilities of a DevOps engineer go from mission critical to life-threatening.

Hyperbole aside, DevOps forces organizations to streamline and automate their release processes, thus allowing for those same organizations to run their platforms at scales previously unimaginable. From a healthcare perspective those economies of scale can quickly turn a life-saving insulin pump into a software bug-laden epidemic that could cost lives.

Unfortunately, the current state of our regulatory system isn’t prepared for what’s to come. Technology companies have typically be gun-shy when it comes to stepping into heavily regulated industries; but that’s changing every day. The FDA has neither the manpower nor the expertise to monitor and control this growing industry. Indeed, none of the government agencies have the capability to move at the speed required by the industry. It’s taken the government this long to begin the public conversation about digital privacy in earnest. That conversation should have started at about the same time as the invention of the browser cookie in 1994, if not before. Did you know the first Chief Technology Officer for the United States of America wasn’t confirmed by the Senate until August 7, 2009?DevOps will force the government to get up to speed more quickly in the future. A two week sprint to release a patch for your biomedical implant can save your life just as quickly as it can end it.