DevOps Matters to the CIO

DevOps Matters to the CIO 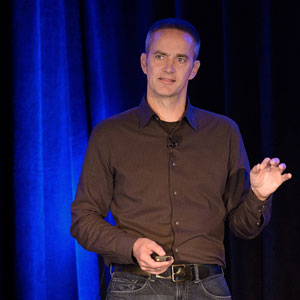 A really big part of what distinguishes DevOps from past models is how developers play a much broader role today. DevOps encourages infrastructure to be treated as code, and so we’re seeing code, and coding skills, applied not just in traditional development phase, but across into test, into operations, and ultimately the full lifecycle.

This helps break down many of the traditional cross-functional boundaries within IT and creates more of a shared language, more shared goals and ownership, and accrues benefits that aren’t just technical, but benefits processes and teams.

We’re still at the early days when it comes to DevOps and the cloud. Like so many trends in our business, DevOps, despite the amount of press it gets, is only fully embraced by a small subset of traditional IT shops. And this is not surprising— change takes time, established processes and teams need to adapt, and companies will gradually adopt some or many of these ideas and practices over time.

Just as we’ve seen variations like hybrid cloud come into vogue, especially in larger IT shops where it’s not practical to jump into the cloud head first, the same will likely happen with DevOps. DevOps is not an all-or-nothing proposition, and so we’ll see adoption models that don’t have to be all-in. If your company is adding DevOps on top of all internal systems it’ll look very different than if you’re doing DevOps in a microservices plus cloud-based shop.

The time that a usual DevOps team spends in managing cloud-based servers depends on the nature of the business and the team of course, but overall managing the instances themselves is a modest piece of the puzzle. Where does the bulk of the time go? Well, it’s pretty diverse. For example, good DevOps practice puts a lot of focus on monitoring. Good monitoring takes time: time to plan, time to implement, time to refine. And because teams are always learning more about how their systems behave in production, there’s always going to be an active feedback loop to create better tools, process and practices. This is where much of the time goes. But it’s time well spent.

DevOps is about Speed and Agility

DevOps matters to the CIO because the CIO has too much on his or her plate: a project backlog a mile deep, a need to modernize processes, a need to break down barriers across IT teams, and a desire to deliver more value to the business faster. DevOps, even when done in small steps, can show bottom line results. If nothing else, DevOps is about speed and agility, and these two capabilities provide a powerful foundation to address the overloaded CIO’s plate.

DevOps as the Next Step in Evolution

If you believe, as many do, that agile methods are an improvement over more traditional software development processes, then it can help to look at DevOps as the next step in that evolution. Agile helps get software to market quicker, answers questions faster, and reduces risk of project runaways. DevOps does many of the same things, it just helps move many of those goals across more of the IT lifecycle. It helps products get to market faster, it helps teams get customer feedback faster, and it helps reduce fear of basic things like just being able to deploy to production.

DevOps can make a Difference

Traditionally, the wall between developers and operations has been pretty high. It’s a wall across which many battles have been waged; a wall across which finger pointing was often the norm, not the exception. DevOps, by virtue of more shared tools, processes and people, can make a visceral difference. Does it mean the wall is gone for good? Not entirely, but anything that helps tear down that wall is good for both the CIO and the business.