Recipe for a Successful DevOps Deployment

Recipe for a Successful DevOps Deployment 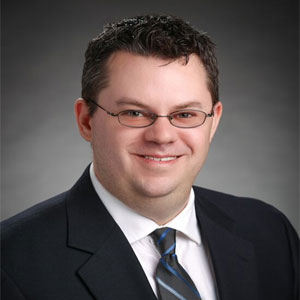 At its core, DevOps is an integration of tasks performed by the development and application teams within an organization. It can be described as a symbiotic blend of tools, methods and workflow principles which transformsan organization and operation lifecycle. That said, it’s less about what it means and more about what it does—improving the software development and deployment process by bridging the gap between development and IT operations to bring your applications to production faster and more predictably.

By leveraging a DevOps model, organizations can abstract their infrastructure layer into code. This allows for revisions of that code and the capability to deploy it on demand to any environment. Rather than having a server that is confined to the physical space of a server, you can extract it out to the software layer where you can take that software, deploy it elsewhere and achieve the same results instantaneously without manually reconfiguring the entire infrastructure.

For organizations operating in the cloud, this means not having to go in and manually reconfigure any of your data or code. Instead, developers can tell the cloud server to perform specific actions and it will conduct those processes automatically. This essentially takes the configuration and physical limitations of the server out of the process and instead produces enhanced workflow automation.

Utilize a wide variety of DevOps tools—including Pup­pet, Chef and SaltStack—to help your operations team configure their servers for continuous integration and delivery. These types of tools help or­ganizations automate how they build, deploy and manage their infrastructure. Your infrastructure essentially becomes as ver­sionable, testable and repeatable as application code.

Let’s break it down to tactics. A common set of organizations tasks typically include:

Looking at these tasks and the responsible owner(s) of each, it becomes clear that a successful DevOps implementation requires an objective look into your organizational structure.

When responsibilities are divided among several teams with each only responsible for a small portion of the release cycle, coordinating efforts can be a challenge. One team may need another to reprioritize a task. Dependencies can exist between teams, or disagreements may arise on best practices. All of these issues can delay the release cycle.

Using cross-functional teams with a broader view and responsibility during a release cycle provides more efficiency than an emphasis on individual roles. Providing greater visibility to the stakeholders can also result in more accountability and often helps resolve problems more quickly. This alignment allows certain tasks to be off-loaded to an automation tool chain, which will provide more time for productivity.

If you have an operations team managing multiple environments for testing and production, with a development team focused solely on product delivery, getting these teams to align on common goals can be difficult. This results in many organizations overusing resources to solve problems, wasting time and money.

By creating an operations model that can be effectively used across multiple hosting solutions—whether dedicated or public, private, or internal cloud providers— the development and operations teams share responsibility for product delivery. Changes to your infrastructure in this model can be deployed like code to every server at once, which allows for a very quick response time to patch security vulnerabilities. Adding tools for application and infrastructure monitoring, reporting and log analysis, and inventory discovery provides the information needed to make critical business decisions.

Complex problems tend to come from complex changes, whether it's a change with the servers, software, network, or database. The more changes made in one release cycle, the harder it can be to track down bugs and the more impactful those bugs may be on various services.

By utilizing test-driven development practices for both infrastructure and software development, bugs are caught more often before they're released to production. With your teams sharing responsibility for the release cycle and utilizing an operational model that isn't tied to particular servers or providers, an automated testing and delivery pipeline can be tailored to your organization's needs. Cloud servers can be created and provisioned on-demand automatically to test a software release prior to deployment. This automation frees up your team to focus on new features.

What are the Realizable Benefits of DevOps?

Whether you are releasing code updates every few seconds, weeks or months, DevOps services help improve the delivery process.

“Utilize a wide variety of DevOps tools—including Puppet, Chef and SaltStack—to help your operations team configure their servers for continuous integration and delivery”

• Accountability: DevOps helps eliminate sloppy code work, such as developers making changes on a production server but not the testing environment, by removing the potential for a developer to circumvent the process and cause a problem that was not accounted for.

• Security: Access controls allow for the removal of certain people from the development process. This significantly reduces the probability for issues to arise by allowing only specific individuals to conduct certain steps of the process and ensure that they are done right the first time.

• Cost-Savings: One of the most attractive features of DevOps—specifically with cloud computing—is the ability to configure auto scaling based on traffic loads—both actual and expected. For instance, organizations that don’t get much traffic overnight can strategically scale down during off hours to save money. This type of horizontal scaling increases capacity on the fly, like during peak traffic hours.

Is DevOps Right for my Organization?

DevOps allows you to develop and deploy code on-demand faster and more efficiently. If you are a code-intensive organization, DevOps is essentially mandatory—not to mention your CFO and/ or CEO will probably require you to get DevOps implemented and done right the first time.

When it comes to code deployment, the larger the update, the more potential there is for greater and more disruptive issues to manifest. By streamlining this process and releasing smaller code updates that are easier to recover from on a more regular basis, organizations eliminate large bundles of updates that carry an enhanced risk for issues to arise. For those looking to eliminate large code deployment bundles and the issues they carry, DevOps is a good fit.

That said, it is critical to understand that a successful DevOps model integration requires a cultural shift from the top down. It is important for all employees to buy-in to the process, since it will alter how they work and implement updates. While the goal of DevOps is to enhance and streamline software deployments with increased communication between developers and IT operations, employees who are stuck in their ways can hinder the effectiveness of DevOps. Securing their buy-in will ultimately lead to better results.

In addition to implementing the right DevOps tools for your organization, be prepared to train existing staff to utilize and support the toolchain—and the DevOps paradigm—long after the actual implementation is complete.