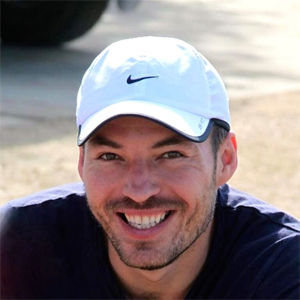 Charles Kendrick, CTO & Co-founder
“If it’s worthwhile doing, do it right, do it well and do it first.” That mantra has driven Charles Kendrick—CTO of Isomorphic Software—to lead the web application development platform space for fifteen years. Back in 2001, after co-founding Isomorphic, he delivered the first ever Rich Internet Application (RIA) a state-of-the-art development for Phillips Semiconductor. Every UI component was completely generated inside the browser in JavaScript. He did this several years before any other company even came close. Kendrick followed this success with the first ever OLAP data cube interface in a browser based on AJAX RIA technology. He was then also, first to allow visual application building inside the browser and so the list of ‘firsts’ goes on.

Isomorphic Software—based in San Francisco, California— provides the SmartClient platform—undoubtedly the most advanced, most complete HTML5/AJAX technology for building enterprise business applications. “SmartClient makes it easy and extremely fast to build high-productivity web applications that run without plugins in standard web browsers,” said Kendrick. It has the, “richest, broadest set of UI components available, coupled with deep server integration.” SmartClient is used by thousands of companies around the world such as Cisco, Boeing, Toyota, and Genentech.

Faster enterprise web-application development is only one of the benefits provided by Isomorphic’s SmartClient platform. In typical development projects, gaps between the mockups and specs produced by analysts and designers, and the resulting application built by developers—cause budgets to soar and deadlines to be missed. Much of this is due to miscommunication and globally dispersed teams. To remedy this, Isomorphic’s SmartClient offers a radically different development process that allows business users and developers to overlap in the design and development phases.

“Our collaborative tools such as Reify and Visual Builder were designed around the key competencies of each user type, and focus on better communication and efficiency,” said Kendrick. For instance, Reify takes mockups and instantly transforms them into real working screens backed by clean, clear code that developers can easily extend. This translates into more rapid design iterations, increased re-use, less risk, reduced cost and faster development.

Having the right mobile enterprise application platform strategy is perhaps even more important. Analysts and other ‘experts’ have for a long time recommended the same strategy for enterprise apps as for consumer. However, enterprise and consumer needs and usage patterns are very different—something Kendrick realized some time ago: “Building a web application, then rebuilding—perhaps even multiple times—for mobile is probably the most inefficient thing that can be done.” This is why Isomorphic’s SmartClient platform enables developers to code an application once and run it on all operating systems (iOS, Android, Windows, etc.) and devices (desktop, tablet, smartphone). It achieves this through features such as Responsive Layouts, Adaptive UI, Intelligent Auto-fitting and Device-aware Components. With this approach, there is no compromise in user experience or performance. “The single codebase solution for all devices provides unprecedented efficiency in design, development, testing, deployment and maintenance,” describes Kendrick.

Focusing on the journey ahead, Kendrick is further expanding the SmartClient mobile capabilities, and tools that facilitate even deeper collaboration between business users and developers. He also promises there are a few more ‘firsts’ on the horizon. I would not be surprised.