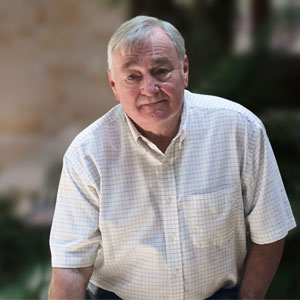 Kevin Barnes, President
The purpose of DevOps tools is to create an agile infrastructure to manage agile applications, and this requires a bit of intelligence built in. Most DevOps vendors provide this intelligence with scripts that perform repetitive, time-intensive tasks that had previously been done manually. Even though these scripts can perform some complex configuration and deployment tasks with rule sets and complex scripting constructs, they tend to be focused on strictly deployment functions and largely ignore some operational challenges that new agile applications often provide. For the most part, DevOps operations staff lacks the programming skills to modify these DevOps scripts to accommodate these changes. Moreover, the definition of what an application is has changed: applications are no longer self-contained and siloed. They have numerous dependencies including gateways, mainframe database, web servers, and other applications. This distributed architecture makes it difficult even for the technical teams of an organization to discern the cause of problems. The genesis of the Houston-based firm, eCube Systems is predicated on their continuous efforts to resolve this conundrum for Continuous Delivery. eCube Systems provides Application Performance Management (APM) software that captures the developer’s knowledge, records all the application dependencies, and proactively resolves issues before the end user does. “To simplify the complexity of application management, we offer GUI-based solutions that allow DevOps engineers to modify administrative modules within the DevOps tool without editing scripts,” says Kevin Barnes, President of eCube Systems.

The benefits of these two features greatly increase productivity for the DevOps engineers: dependency mapping minimizes scripting solutions which often focus on the effect of problems rather than the cause, and a GUI with one-click administrative controls empowers the DevOps engineer to respond to issues and view the overall health of the application. eCube Systems simplifies the process of deployment and managing an application. The firm’s offering NXTmonitor intelligently combines GUI with a portable, application configuration that captures the infrastructure. NXTmonitor abstracts the complex infrastructure with simple-to-use GUI buttons and screens, allowing the DevOps engineers to resolve the cause of a problem instead of managing scripts to respond to the effect of a problem.

More often than not, complex applications have components that are dependent on other modules and this can be a problem during start-up. NXTmonitor provides a feature known as application orchestration, which enables components to start in the right order with a number of controls such as start-up order, delays, timers, and dependency.
This feature automates the process of resolving any disconnections, thereby assisting in getting the application started, shutting it down, and identifying bugs.

To simplify the complexity of application management, we offer GUI-based solutions that allow DevOps engineers to modify administrative modules within the DevOps tool without editing scripts

Complimenting NXTmonitor is eCube Systems’ ALM solution is NXTware Remote. This turnkey offering creates a distributed and integrated agile environment for mainframe developers, allowing them to replace the mainframe green screen with a modern desktop IDE with distributed services to the mainframe. In leveraging the Eclipse platform for 3GL development for Fortran, COBOL, BASIC, C and Pascal, eCube uses plug-in technology for intelligent editors, remote file browsing, source repository access, and remote compilation. NXTware Remote is a refreshing change in the rather mundane mainframe development ecosystem. It provides the ability to work on a mainframe from a desktop seamlessly without having to know any of the mainframe infrastructures.

The advantage of using eCube tools is that it not only supports Linux and Windows, but mainframes such as OpenVMS, IBM, and NonStop as well. eCube’s tools are designed for large enterprises that need reliable, adaptable, customizable, and scalable applications. eCube’s clients include many Fortune 500 companies including IBM, Proctor and Gamble, IKEA, Shell, UHC, Hertz, Pepsi, Ford and many others. For instance, a credit card company–one of eCube Systems' clients–that used OpenVMS struggled to attract new COBOL developers for its mainframe applications. With the adoption of NXTware Remote and a modern interface, a new development environment was implemented and customized as per the credit card company’s requirement, thus allowing them to onboard new developers and extend the life of their COBOL applications.

Scripting similar success stories, eCube Systems endeavors to add more capabilities to its existing portfolio of solutions. To that end, the firm is currently invested in creating the web service version of NXTmonitor, thereby making it more cloud-friendly. All in all, eCube Systems offers unique APM solutions that allow enterprise applications to run in any environment. 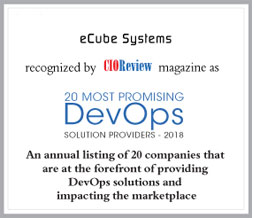 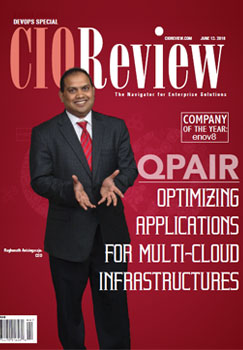