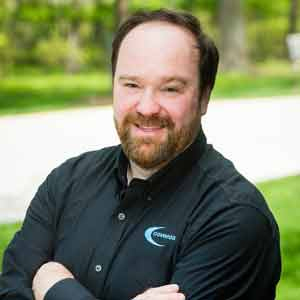 Thomas Stiehm, CTO, Partner
Today, businesses aim to make the most of advanced digital technologies to deliver modern solutions that meet customer demand. More importantly, they want to do it ahead of their competition. To that end, many see DevOps as the dealmaker that can help them create bridges between disparate teams in the organization, iterate designs, and design the right delivery pipeline to accelerate their time to market. But they face all sorts of trouble in developing a foolproof software delivery pipeline that supports continuous development and continuous integration to capture the current market opportunities.

Founded in 2008 as a boutique Agile services provider, Coveros has mastered DevOps and test automation to help companies come to grips with a ‘move fast/fix fast’ strategy and turn their ideas into actual products that deliver high ROI quickly. Education is one of the biggest weapons in Coveros’ arsenal. The company’s training, coaching, and mentoring strategies for DevOps and automation aren’t just about theory classes and demos. A key part of the strategy is to get hands dirty and fight alongside clients’ teams to combat the real-time issues at hand. “Coveros pays close attention to train its clients’ teams on the security aspect of DevOps and how automation can be imbibed into the dev-test-deploy pipeline and test application security,” says Thomas Stiehm, CTO, Partner of the company.

In an industry where application security is often relegated to second-class status, Coveros has brought new thinking to the software development expanse. Those application security evangelists and champions now work closely with the teams helping them understand how to use the tools, how to read the information gathered through automation, and aid them in remediating any issues they find. The result: teams now are in the driver’s seat when it comes to security. Coveros has given them the power of automation and analysis to collect app security information and use those insights as part of their everyday process.

Stiehm believes it is impossible to imagine DevOps' success without test automation. Build-deployment automation is good, but if organizations want to achieve their DevOps goals in time, they need to stress test automation and chart out ways to inculcate it in the pipeline.
In a case study, a medical device manufacturer was facing tremendous challenges in building a cutting-edge device that could improve healthcare. The biggest hurdle was the lack of knowledgeable resources who understood how to build and deploy the desired system. When Coveros studied the situation of this company, it learned that there were knowledge gaps and a dearth of hands-on experience in building automation and including security checks for secure device manufacturing. Coveros helped the client’s teams build a DevOps pipeline for an automated build-test-deploy cycle of their device software. Coveros ran security checks that the client’s teams could easily understand and then make informed decisions based on actionable data. With Coveros’ services, the client’s whole team had a part of the value stream in delivering the software with security and quality being at the core of the overall strategy.

Coveros pays close attention to train its clients’ teams on the security aspect of DevOps and how automation can be imbibed into the dev-test-deploy pipeline and test application security,” says Thomas Stiehm, CTO, Partner of the company.

“Coveros pays close attention to train its clients’ teams on the security aspect of DevOps and how automation can be imbibed into the dev-test-deploy pipeline and test application security,” says Thomas Stiehm, CTO, Partner of the company. Coveros is leading the DevOps services expanse, thanks to its team of seasoned software engineers who have a proven track record of building, testing, and deploying thousands of enterprise-grade applications. Led from the front by Stiehm, team Coveros provides the training, coaching, and mentoring required to improve the client teams’ skillsets and get the job done in their environment. “If our client wants to adopt a particular software development strategy, we sit down with them and guide them in developing an optimized strategy to achieve that, be it the environment, an IDE, command line, or any automation tool. Our on-the-ground guidance grooms our clients’ teams to build the right foundation for DevOps success and take pragmatic decisions in the future,” says Stiehm.

“With our unmatched knowledge and expertise, we are excited about helping companies make the most of their local cloud and make the best use of their on-prem hardware and cloud-based technologies,” concludes Stiehm. 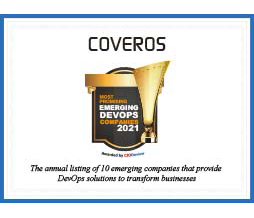 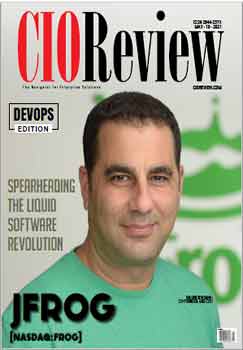