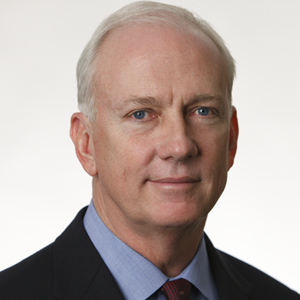 Godfrey Sullivan, President & CEO Information technology is rapidly evolving to create a new breed of streamlined organizations that are faster, more efficient, and less micromanaged. Superior software now dictates the equilibrium of a successful business—the spectrum between cost-effectiveness and results. Naturally, to achieve the closest thing to perfection in this regard, new cultures such as DevOps are created. Communication and collaboration is lent a new importance, and challengingly enough, between two roles that have innately different goals. For developers, change is improvement, and for operations it’s a sign of peril.

This hasn’t quelled the rising popularity of DevOps, which some believe is ushering in more demanding requirements for the already versatile workforce of IT. Developers, QAs, and operations are working the clock to build, test, and ship out new software faster as DevOps teams, putting a new set of DevOps concepts into practice. One such concept would be continuous delivery, which revolves around releasing small, incremental builds of software to be tested more meticulously than normal, testing the responsiveness of end-users, and gathering early user feedback.

According to the 2014 State of DevOps report, these practices are paying off, as high-performing organizations are still deploying code 30 times more frequently with 50 percent less failures. That doesn’t, however, mean that DevOps has no drawbacks. For starters, it requires highly-skilled architects and developers who are typically only accessible through specialist companies. Additionally, even with a superior set of values, these teams still struggle with a lack of visibility into different systems and accelerated time-to-market pressure, not to mention the required skill cap mentioned earlier.

Fortunately, where there’s growth, innovation isn’t too far behind. “70 percent of our revenues came from our existing customer base, so it’s pretty amazing that a product that easy to download, that quick to install and get running is scalable to those kind of volumes where customers are learning from it and expanding their use of it,” explains Godfrey Sullivan, CEO, Splunk. Sullivan figured up a solution to the looming issue of human inefficiency in DevOps, giving challenged DevOps teams a way of accessing and visualizing the data of their applications.

With Splunk software, developers now have the power to find, trace and fix issues in real time at any point in their application life cycle. It also reduces time-to-market through faster issue identification and resolution, provides insight into user behavior and application usage, and gives full life cycle visibility into every step, system and process involved in building, testing and shipping new products to the customer.

“We’ve seen an explosion of use cases, and we’re trying to respond to that. Our user interface is one that IT administrators really love, because you can search on it or create reports very easily,” states Sullivan. Following this success, Splunk went on to announce the 6.2 version of its Splunk Enterprise platform in 2014, targeting mobile app developers and security experts with its release. Aimed at expanding DevOps culture, the product collects information about mobile apps using BugSense Technology, offering a collective of valuable information regarding the performance of the apps such as its daily active users, OS version, and crash information. They also debuted Splunk MINT Enterprise, which brings Spunk Enterprise data together with mobile data to expose bottlenecks, failures and root cause data from web, mobile, server-side, database, and network sources.

The Reach of Innovation

With Splunk being a technology powerhouse, customers have the ability to achieve powerful analytics by logging the important information about their users and applications— without the hassle of building special purpose software. One example is the Chef Analytics App for Splunk, which allows Chef users to assess their success rates, most active organizations and most active users. They can troubleshoot high impact issues ranging from bugs in their cookbooks to network connectivity. With the help of the Splunk Developer Guidance program, the Chef team was able to build the integration and Splunk app in less than a week.

Karl May, Co-Founder and CEO of Vello Systems, shares similar success with the integration of Splunk. Vello’s Farsight tool analyzes data from the company’s network and automatically reconciles problems. E-commerce development team leader Chulhyun Cho of CJ O shopping used Splunk Enterprise 6 to create dynamic dashboards, fluid visualizations and detailed data models that he could interact with and analyze. Splunk’s extended data visualization tools have been used by companies such as Cloudera to aid government agencies and even a local aid agency in Japan just after the tsunami in 2011 for weather and route data.

Thanks to the open source accessibility and ease-of-use of Splunk Enterprise 6’s web framework, developers can now build custom Splunk modules and applications with JavaScript and Django without having to do much out of the ordinary.
The company currently caters to over 9,500 customers in over 100 countries. Some of these include big names such as Adobe, Comcast, NBC Universal, Valve, Yahoo!, and VeriSign.

The Architects of a New Age

When new trends and cultures such as DevOps form, they’re usually followed by new expectations. A Forrester study reveals that 17 percent of business leaders want their products delivered in less than 3 months while 34 percent want them delivered between 3 and 6 months. These demands are natural when presented with a plethora of options, especially ones like DevOps that are centered on shipping out and maintaining products quicker and more efficiently. Splunk has excelled in this area too, specifically with open source solutions company Red Hat.

Being a Linux-based solution, Red Hat was faced with its own set of challenges as a company. For one, operations and information security required a consolidated view across multiple systems. Their application teams, developers included, needed to see the “stack” for their applications as opposed to just operational characteristics of the storage and their network. They needed to monitor and manage Red Hat, and their product delivery systems continuously generated unstructured data, which has been a frequent problem for many companies with the growing trend of big data.

With its solution, Splunk was able to provide an integrated view of security-related events across Red Hat’s systems. “Dump all the logs into Splunk and it starts looking like One Big System, instead of a bazillion teeny ones that hate each other,” says Alison Perkins, Senior System Engineer, Red Hat. Splunk’s software captured and managed Red Hat’s system’s status inside and outside of their data centers, while presenting its performance in real time and enabling them to respond rapidly. What was once an overwhelmed information security team was once again an effective unit, utilizing Splunk to prioritize the most serious security breaches.

"With Splunk software, developers now have the power to find, trace, and fix issues in real time at any point in their application life cycle"

Suddenly, Red Hat was looking across their applications and improving their performance, reducing costs and preparing those applications for the future. Like many other companies, the practices of Splunk and DevOps in general helped them to succeed in a struggling business climate that takes no prisoners. According to the 2014 State of DevOps report, publically traded companies with high-performing IT teams demonstrated 50 percent higher market capitalization growth over a period of three years than organizations with low-performing IT teams. With recent statistics such as these predicated purely on the result of innovation, one has to wonder if ambitious companies such as Splunk that successfully build upon growing trends are the future of IT.

Looking at all they’ve accomplished so far, there’s no doubt that Godfrey Sullivan and Splunk are ahead of their time.

Description
Provides developers with new visibility across the product development lifecycle so they can quickly pinpoint code-level issues at any layer of the stack.